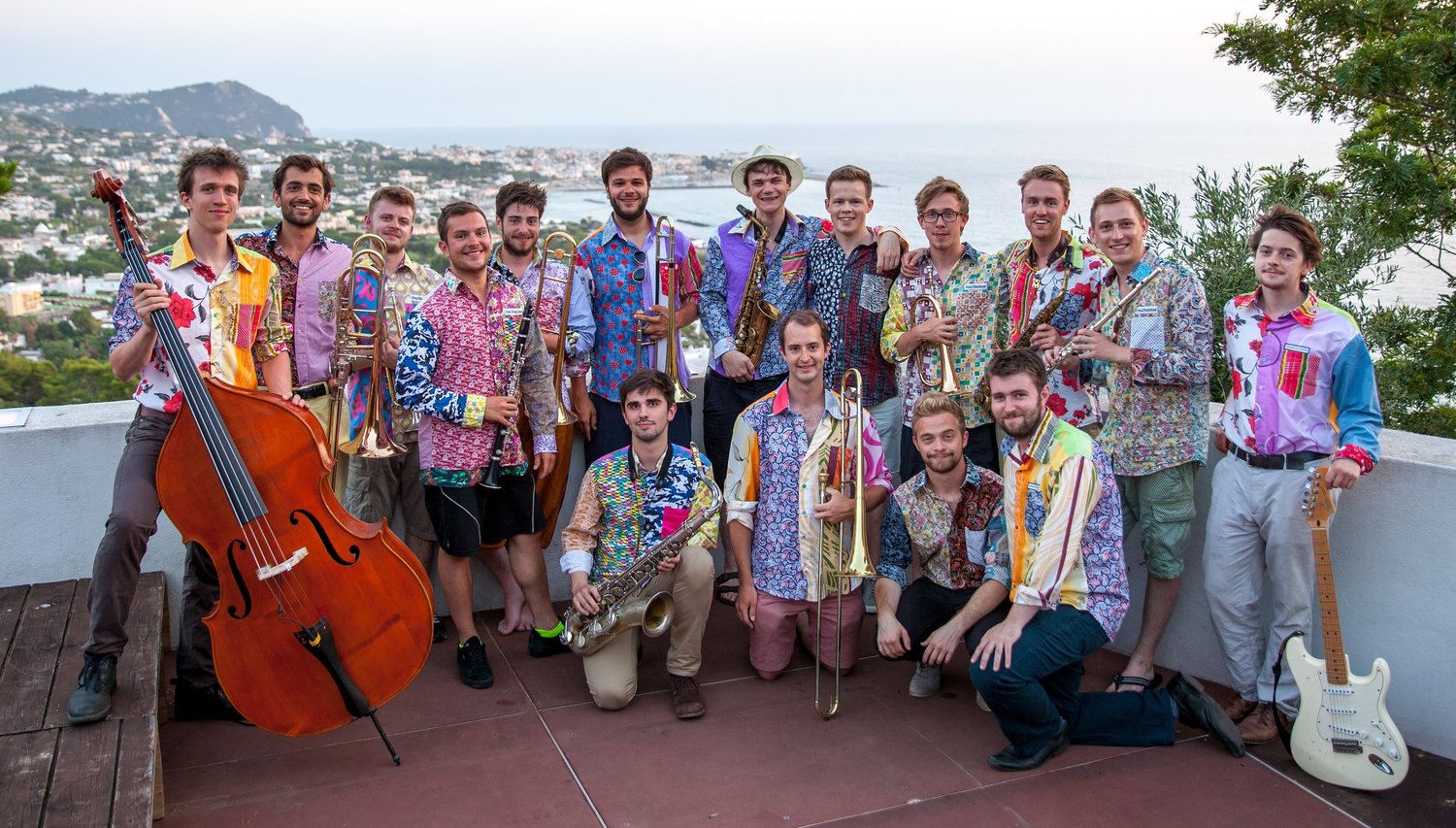 A melting pot of influences and characters with music ranging from luscious and sweet melodies to broad walls of sound, from drum and bass to funeral marches, from fairytale ballads to calypso. The musical glue binding it together are the 17 musicians that power the vibrations and their universal passion for improvisation.

Patchwork Jazz Orchestra are a London-based millennial big band which has a variety of composers using the ensemble as a platform for fresh sounds and ideas. A factory of sound, materialising the musical fantasies of a new generation of jazz musicians.

After winning the Peter Whittingham Award in 2015, the band have hosted their own “Patchwork” nights, engaging new audiences at unusual spaces in London, and have just finished recording their first album at AIR Studios, scheduled for release in early 2019.

As a leader and sideman Tom Green has performed alongside musicians such as Iain Ballamy, Gareth Lockrane, Steve Waterman, Kit Downes, Issie Barratt and Mike Gibbs, and is a member of groups including the Misha Mullov-Abbado Quintet and Troyk-estra.

Support is 8-8.30pm from Kathy and John Dyson’s “Inside Out” duo