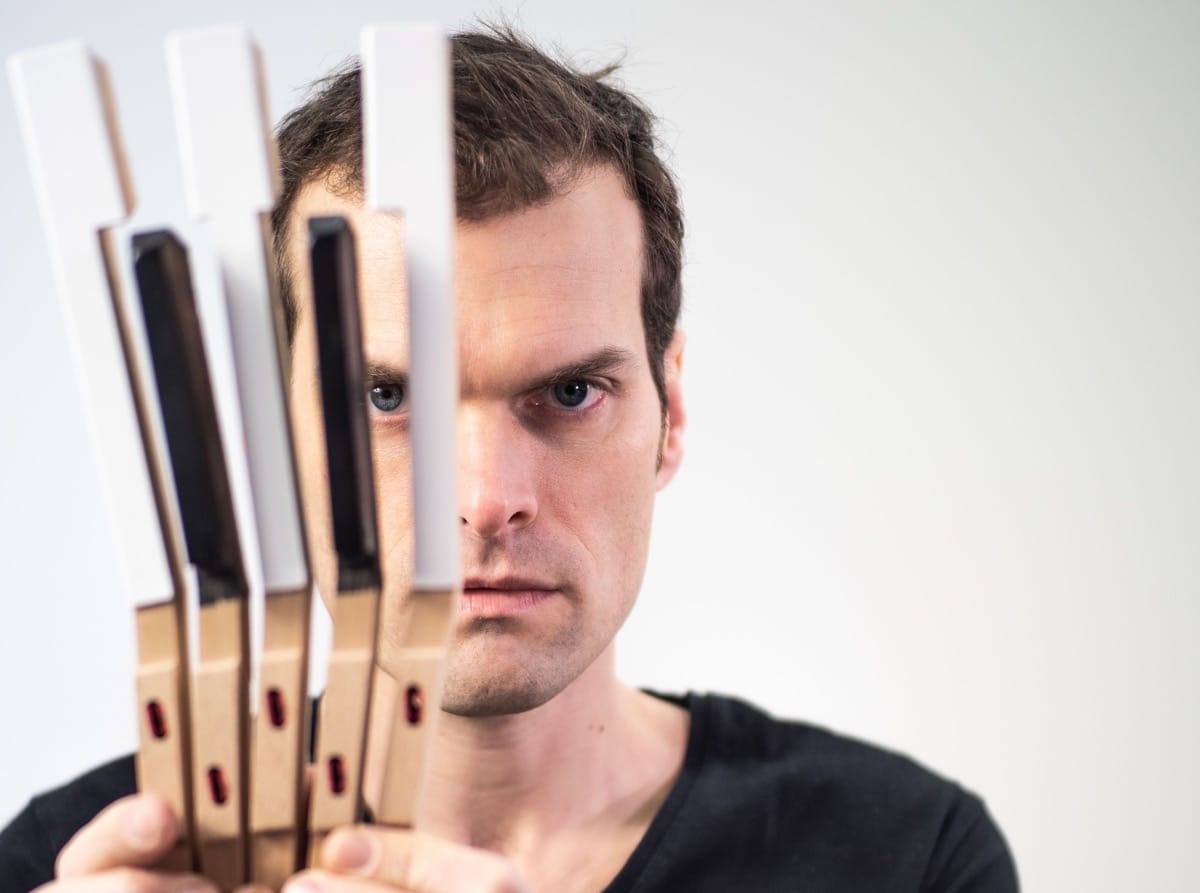 Andrew McCormack is a composer and pianist at the pinnacle of his creative powers. Since bursting on to the scene in 2007 with his debut album, ‘Telescope’, he has been the driving force behind A-list jazz artists Kyle Eastwood, Eric Alexander, Denys Baptiste and Jean Toussaint, as well as a host of home grown talent and has performed extensively around the world. His duo performance with Jason Yarde at Seven Arts in early 2019 was a highlight of that season and  following the release of his solo album ‘Solo’ in 2020 he now returns to play both solo and with his own trio. www.mccormackmusic.com/

Andrew McCormack graduated from The Guildhall School of Music and Drama in 2000 where he studied classical piano as well as jazz piano. Though he had never planned to become a professional musician – he was more interested in film and special effects – his talent and skills led him towards a career in music. Andrew began his jazz career as a member of Tomorrow’s Warriors. In 2005 his recording début as a leader, ‘Telescope’, released on the Dune record label, a trio album with bassist Tom Herbert and drummer Tom Skinner attracted critical acclaim. He went on to win the ‘Rising Star’ category of the 2006 BBC Jazz Awards. Following a lengthy stint with saxophonist Jean Toussaint’s quartet, with whom he still regularly works today, Andrew released another trio album, 2013’s ‘Live In London’ (Edition Records) featuring a new British band with Chris Hill on bass and Troy Miller at the drums.

Andrew has also worked with Denys Baptiste, Julian Siegel, Christian Garrick, Randy Brecker, Courtney Pine, Gary Crosby, Juliet Roberts, Tony Remy and Clifford Jarvis. His creative partnership with the multi-reeds player Jason Yarde under the name MY Duo resulted in the albums ‘Places And Other Spaces’ (Edition, 2011) and ‘Juntos’ (Joy And Ears, 2014), the latter also featuring members of the Elysian String Quartet. In 2013 Andrew moved to Brooklyn where he spent a year immersing himself in the New York jazz scene. His 2014 album ‘First Light’ (Edition Records) made with his american trio of Zack Lober (bass) and Colin Stranahan (drums) was a reflection of his New York experiences. Andrew’s most high profile engagement was his long running tenure as a member of Amercian bassist and composer Kyle Eastwood’s band. It earned him an international reputation and he has composed and orchestrated film scores for Kyle’s famous father Clint Eastwood. McCormack’s movie credits include Clint’s ‘Flags Of Our Fathers’. ‘Letters From Iwo Jima’ and ‘Changeling’ plus the John Cusack film ‘Grace Is Gone’.

In 2017 and now based in the UK Andrew launched a new band, Graviton, his most ambitious project to date in a more groove-based setting, including vocals and a wider sound world closer to what might be described as Prog-Jazz. Their music draws on influences ranging through jazz, soul, hip hop and prog rock plus the contemporary classical stylings of composer Mark-Anthony Turnage. Their first album featured the voice and lyrics of Eska Mtungwazi (ESKA), Shabaka Hutchings, Anton Eger and Robin Mullarkey. Their second in 2019 ‘The Calling’ is centred around McCormack’s regular working band, with his life partner Noemi Nuti taking over the role of vocalist and lyricist, Josh Arcoleo on sax, Joshua Blackmore on drums and Tom Herbert on bass. His first solo album ‘Solo’ was released in 2020 to wide critical acclaim.

Andrew names a wide range of influences on this project including Keith Jarrett, Herbie Hancock, Chick Corea and Tigran Hamasyan as well as classical composers Mahler and Stravinsky, contemporary composers such as Steve Reich, his tutor and mentor Mark-Anthony Turnage and contemporary electronic music artists Skrillex and Hudson Mohawke. He also admits to listening to a lot of classic prog rock at the time the music for “Graviton” was being written including Bill Bruford, Gentle Giant, Genesis and Led Zeppelin.

“The results are a triumph for McCormack as both a composer and a virtuoso improviser…Solo” is a session brimming with idiomatic surprises and cross-genre ingenuity that makes it a standout in a very demanding field” – John Fordham, London Jazz News

“McCormack’s performances, with their emphasis on storytelling and stylistic and dynamic variation bring out the ‘orchestral’ qualities of the piano to create an album that consistently engages the listener” – 4* review of ‘Solo’ Ian Mann, The Jazz Mann

Joe Downard is a crucial component to many of the UK’s top rhythm sections that range from modern contemporary Jazz and Soul to Electronic and Western African music. Predominantly an electric bass player in his early years, Joe made the move to London to focus on the upright bass in Jazz. He has toured extensively and performed with Wynton Marsalis and the Jazz at Lincoln Centre, Gregory Porter and some of the top UK jazz instrumentalists, including the Alex Hitchcock Quintet and Jazz/Soul singer Judi Jackson. Joe is an integral part of the band Waaju who encapsulate influence from a number of cultures. Most recently Joe was the recipient of the Sir Elton John Scholarship to attend the Masters course at the Royal Academy of Music. 2019 saw the birth of the Joe Downard Sextet whose debut album ‘Seven Japanese Tales’ featuring original compositions is to be released in 2020.

‘Anyone who doubts there’s a UK jazz scene worth taking note of should listen to Joe Downard’s album. A truly impressive debut.’ – Jasper Høiby