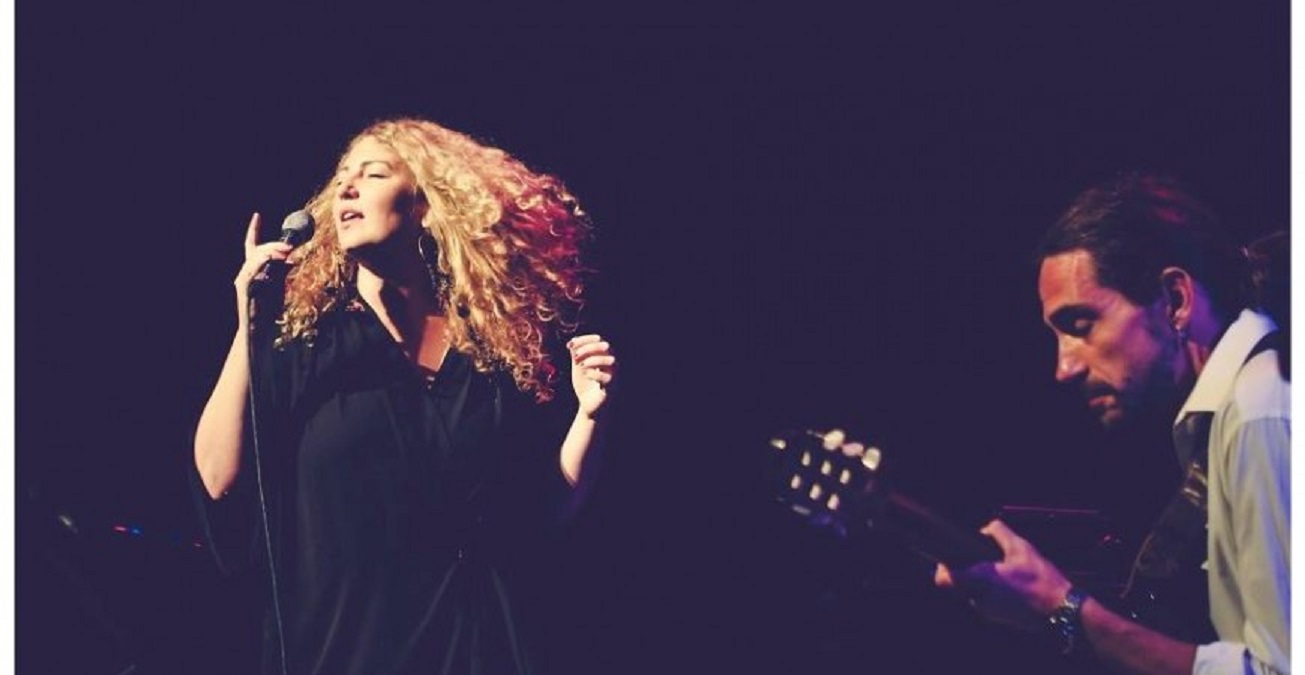 Over the last decade, Swedish jazz singer Emilia Mårtensson has built a well-deserved reputation as one of the most exciting young vocalists on the European jazz scene and she was awarded ‘Vocalist of the Year-2016′ at the UK Parliamentary Jazz Awards. Her gently expressive voice and highly personal compositions are firmly rooted in the folklore and the countryside of her native southern Sweden.

Emilia is the featured vocalist in several projects and has been collaborating, both as singer and as a composer, with artists such as Iain Ballamy, Kit Downs, Eric Legnini, Jasper Hoiby and Monocled Man. Her most acclaimed collaboration led to a MOBO award with the British group ‘Kairos 4tet’.

Emilia is a regular performer at some of Europe’s leading venues and festivals and has appeared at The London Jazz Festival, Ronnie Scott’s Jazz Club, Bimhuis in Amsterdam, Sunset Sunside in Paris, Fasching in Stockholm, Ljubljana Jazz Festival and The Love Supreme Jazz Festival in UK to name just a few.

Her new album ‘Loredana’ features the band you will hear tonight – guitarist Luca Boscagin, percussionist Adriano Adewale, trumpeter Fulvio Sigurta and bassist Sam Lasserson. ‘Loredana’ explores the adversity and the wilderness of the term mother, celebrating the infinite observations about the ‘mother – child relationship’, and how this can shape us throughout our lives. Initially inspired through four specific questions that Emilia asked her audience about their relationship to their mothers, her boundary pushing and original music crosses borders between Scandinavian folk, jazz and art.pop.

”Martensson invest every sound with a skimming, rapturous lightness and clarity”… John Fordham – The Guardian

A graduate of Trinity College of Music Sam has toured extensively in the UK, Europe and the Americas with top jazz musicians. He is a member of Jeff Williams’ UK-based quartet, award-winning saxophonist Julian Arguelles’ quartet and Andrew McCormack’s UK trio. As a sideman he has also performed with Ethan Iverson, John O’Gallagher, Stan Sulzmann, Martin Speake, Nikki Iles, Bobby Wellins, and Jim Hart among many others.

Luca Boscagin
London-based guitarist, composer and arranger Luca Boscagin studied in Verona with Dodo Castelli and when he developed his interest in improvisation took lessons with two of the foremost Italian guitarists, Tolo Marton and Sandro Gibellini. He has played at various festival in Italy and Europe with musicians like Sonny Fortune, Larry Coryell, John Abercrombie and John Wetton.

A graduate of the University of Sao Paulo where studied classical music-percussion Brazilian percussionist/composer Adriano moved to the UK where he completed a Masters course in Music/Performance at SOAS – School of Oriental and African Studies in London. Adriano has established himself as a respected percussionist, composer and band leader performing with leading musicians including Bobby Macferrin, Joanna McGregor, Seb Rochford, Andy Sheppard and Christine Tobin  He is known for his unconventional and exploratory approach to music and for his ability to create magical soundscapes.

Fulvio Sigurta
Fulvio Sigurtà started playing trumpet at a very early age and after gaining his Diploma in Classical Trumpet in Brescia, in 2003 he took up a scholarship at the Berkley College of Music in Boston, achieving a Diploma in Jazz in 2004.  In 2005 gained a Masters with Distinction at the Guildhall School of Music and Drama in London. He has recorded several of his own albums as band leader as well as recording with a wide range of Italian and English musicians, both in the studio and on tour including, John Taylor, Jamie Cullum, Keith Tippet, Steve Swallow and Tony Kofi.

Tickets for this concert can be bought in advance https://www.ticketsource.co.uk/jazzleeds/emilia-ma/e-pzjkmd

Why not buy a season ticket for all seven of our Spring 2020 concerts here? https://www.ticketsource.co.uk/jazzleeds/spring-2020-jazzleeds-season-ticket/e-pzjkve