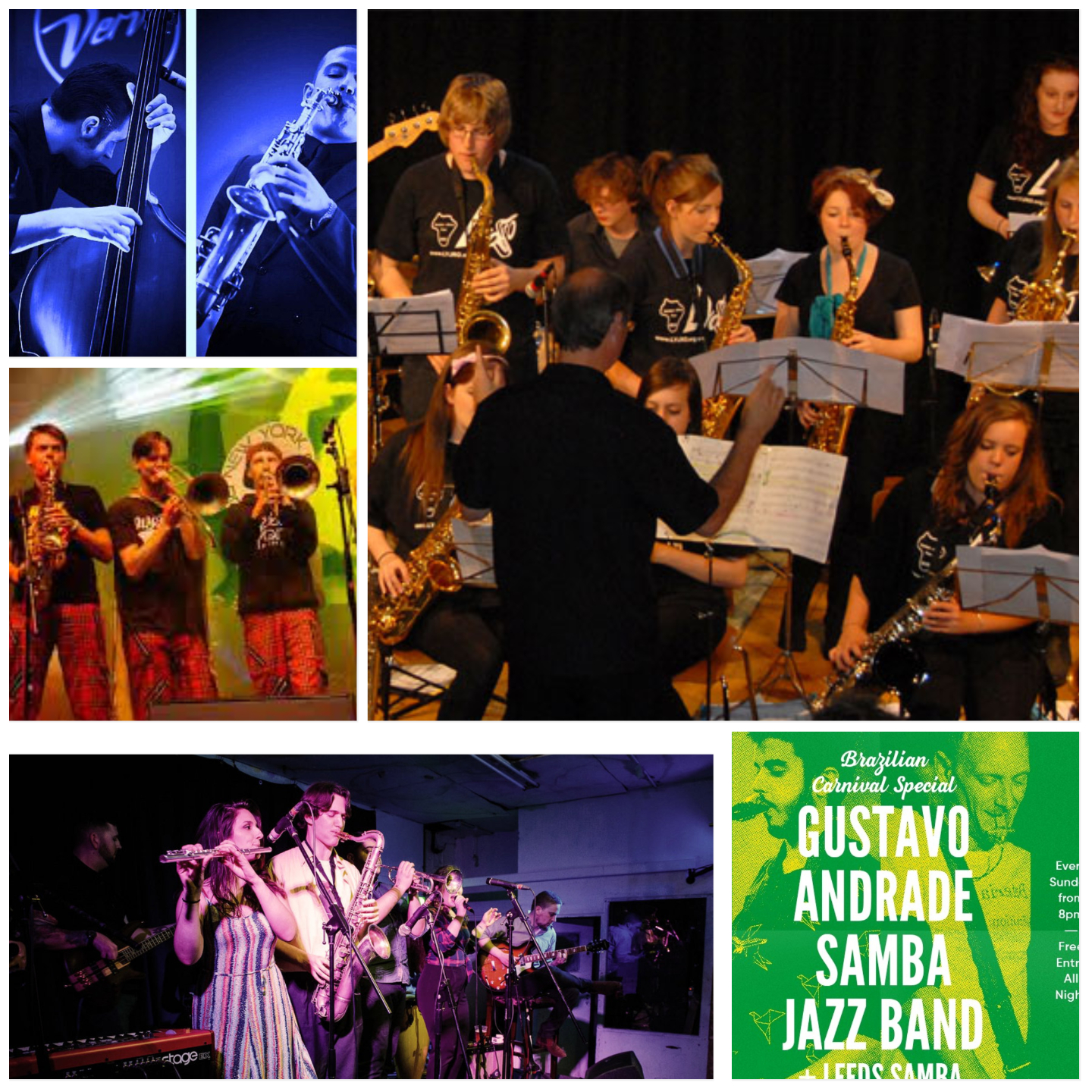 JazzLeeds has organised the Jazz Sunday at the Chapel Allerton Festival every year since 2008. During the lockdown years of 2020-1 their regular promoter Steve Crocker kept the jazz flame alive by organising a regular mixture of outside and inside concerts at Seven Arts, some livestreaming, video magazine programmes, and the popular Flying High Jazz picnic in 2020 and the Chapel Allerton on Tour Jazz Sunday at Gledhow Sports Club in 2021.

12.30pm Leeds Youth Jazz Rock Orchestra (LYJRO) was first formed in 1991 to introduce young musicians of Leeds schools to the genre of jazz. The band covers an array of styles from jazz to rock, whilst encompassing soul and funk.  Conductors: Brendan Duffy and Matt Jackson

1.30 Quinteto Gustavo Andrade The popular Brazilian tenor saxophonist from Sao Paulo is making quite an impact in Leeds where he’s one of the busiest musicians in the music scene. Gustavo plays music that features classic Brazilian tunes by his favourite musicians alongside a growing number of original compositions

3.30 New York Brass Band Hailing from the ancient streets of York, the band are part of a funky brass revolution that is sweeping the UK. Inspired by Rebirth Brass Band, Soul Rebels, Hot 8, Youngblood and Brassroots, NYBB pack a powerful punch of relentless drums, rumbling tuba and wailing horns. Fresh back from the playing at Rio, at Glastonbury and  the Love Supreme festival, the New York Brass Band are a contemporary New Orleans inspired Brass Band with a line-up of percussion, sax, trumpets, trombones and sousaphone.

4.45 Tempo Feliz Tempo Feliz are a Leeds-based Brazil-inspired ensemble, performing exciting original compositions and electrifying arrangements of Brazilian classics. Having collectively been inspired by the rich and multi-faceted landscape of Brazil, Tempo Feliz fuse funk, soul and disco with Brazilian percussion styles, creating their own original grooves with flavours of samba, batucada and MPB.

Workshops have started again and run fortnightly at Meanwood Valley Urban Farm (Barn Sugar Well Rd, Leeds LS7 2QG) on Sunday mornings, 10:30am-12:30pm. Cost per session: £10/8. All instruments and standards welcome – all you need is a wish to learn how to improvise and play jazz tunes. There is a piano available and a drum kit, otherwise please bring your instruments. Limited spaces available. To join – contact the tutor Dominic Moore.