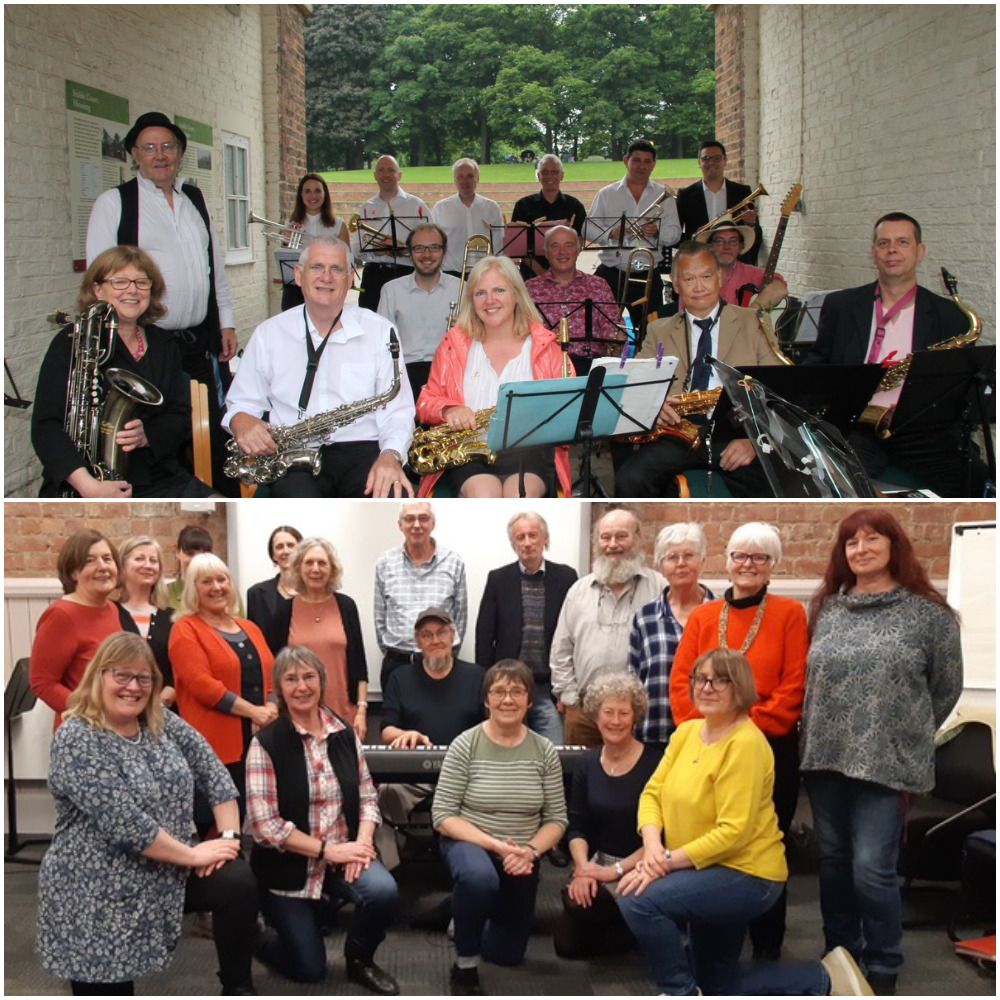 Headingley Swing Choir was was born just over 5 years ago at H.E.A.R.T. with a handful of singers and has now grown to a glorious 20-strong choir. The choir was created and is directed by pianist, composer, arranger Jack Glover who writes its 4-part arrangements of songs from the swing era. Jack has been composing and arranging music for choirs since the 1980’s having composed several original Oratorios for amateur choir and orchestra. The choir will be singing ballads and up tempo songs from the swing era, (1930’s and 40’s). Enjoying songs by Hoagy Carmichael, Billie Holiday, Gershwin, Harold Arlen and music sung by Andrews Sisters, Ella Fitzgerald, and Sinatra. There maybe a more recent song or two in the mix. For this special occasion the choir will be accompanied on some songs by members of the Woodside Big Band which will bring an exciting lift to the choir.

Woodside Big Band started life in the top room of Leeds’ Cardigan Arms created by Mike Booth in the 90’s then moved through the firm, capable hands of Geoff Fong Wah. Jack Glover is now the musical director. The band will be performing a good collection of Count Basie tunes and although the heart of the band is swing music, they will also be mixing it up with be-bop, funk and pop, from the likes of Sonny Rollins, Weather Report and Stevie Wonder.