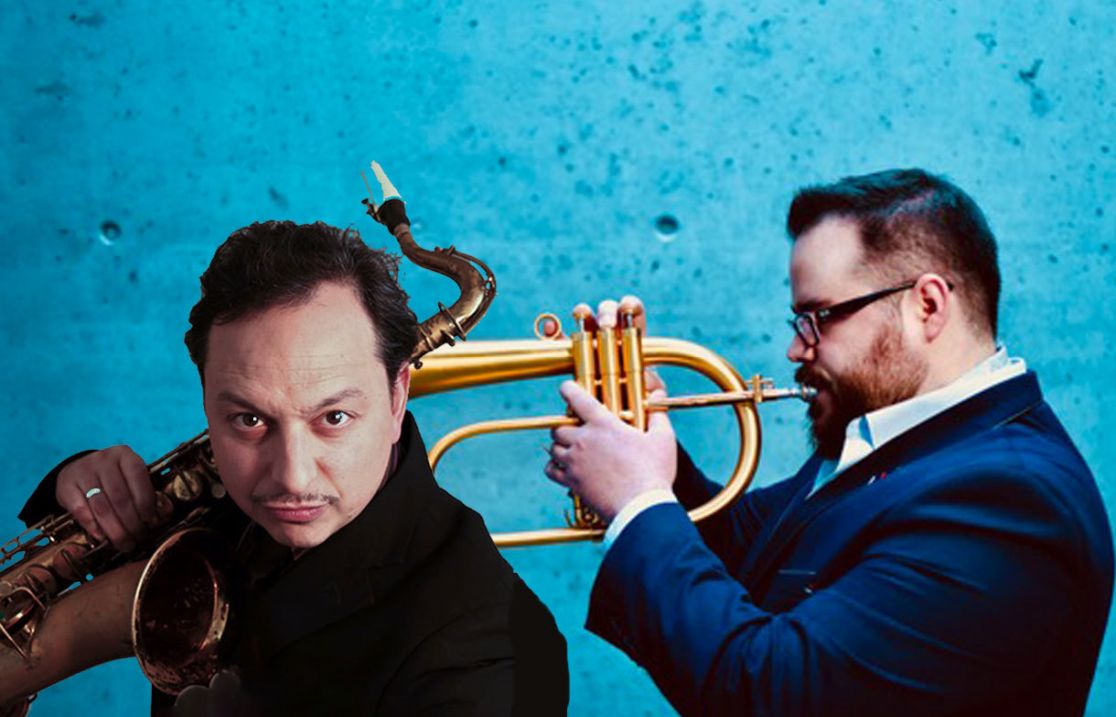 Lukáš Oravec is a wonderful young Slovakian trumpet player who plays and writes with lots of fire and creativity. His music has a distinctive sound as does his playing. Alex Garnett has been one of the leading saxophonists in the UK and Europe for over two decades, being instantly recognized by his dark, husky sound.

Lukas established the ‘Lukas Oravec Quartet’ in early 2012, their quality immediately attracted the attention of jazz enthusiasts. The band played many clubs and festivals all over Europe and won prizes ‘Young Faces of Slovak Jazz’ and ‘Prize For Interpretation Performance’ for their work. In 2013 they released a debut album “Introducing The Lukas Oravec Quartet”, which won the prize ESPRIT 2013 for the best Slovak album of the year. The second album called ‘Piotrology’ was released in 2015 and features US saxophonist Vincent Herring. The third album ‘Kulosaari’ was nominated for the Radioheads Award prize and their most recent album ‘Ali’ features the great saxophonist Bob Mintzer and also won the 2016 ESPRIT for best Slovak album of the year

“Lukas Oravec is a wonderful young trumpet player who plays and writes with a lot of fire and creativity. His music has a distinctive sound as does his playing. He and the musicians Lukas surrounds himself with are a force to be reckoned with” – Bob Mintzer

Alex Garnett has been one of the leading saxophonists in the UK and Mainland Europe for over 2 decades, being instantly recognized by his dark, husky sound. A hugely versatile musician and first call sideman, he has enjoyed success as both a professional creative jazz artist, composer and arranger, and an in demand session, studio and commercial saxophonist, having racked up countless album sideman and recording credits along the way.

Easily performing over 200 events a year with many of Europe’s leading bands from underground to pop, he is also a regular sideman of choice for many of the top visiting American artists when touring in Europe, and has himself performed in over 30 countries worldwide appearing at such prestigious venues as the Blue Note, Birdland, as well as the Perugia, North Sea, Vittoria, Montreax, and Oslo Jazz Festivals to name but a few, with varied and diverse artists across the spectrum such as Sir John Dankworth, Wynton Marsalis, Pete King, Humphrey Littleton, Scott Hamilton, Van Morrison, and The Rolling Stones, as well as with his contemporaries Gareth Lockrane, Seamus Blake, Phil Robson, Michael Janisch, Joel Frahm, and many more.

The two stars will be joined by the talents of

This concert forms part of the “Chapel Allerton Festival on Tour 2021”. We wish to thank Leeds Inspired and Arts at Leeds for their support in putting on this programme