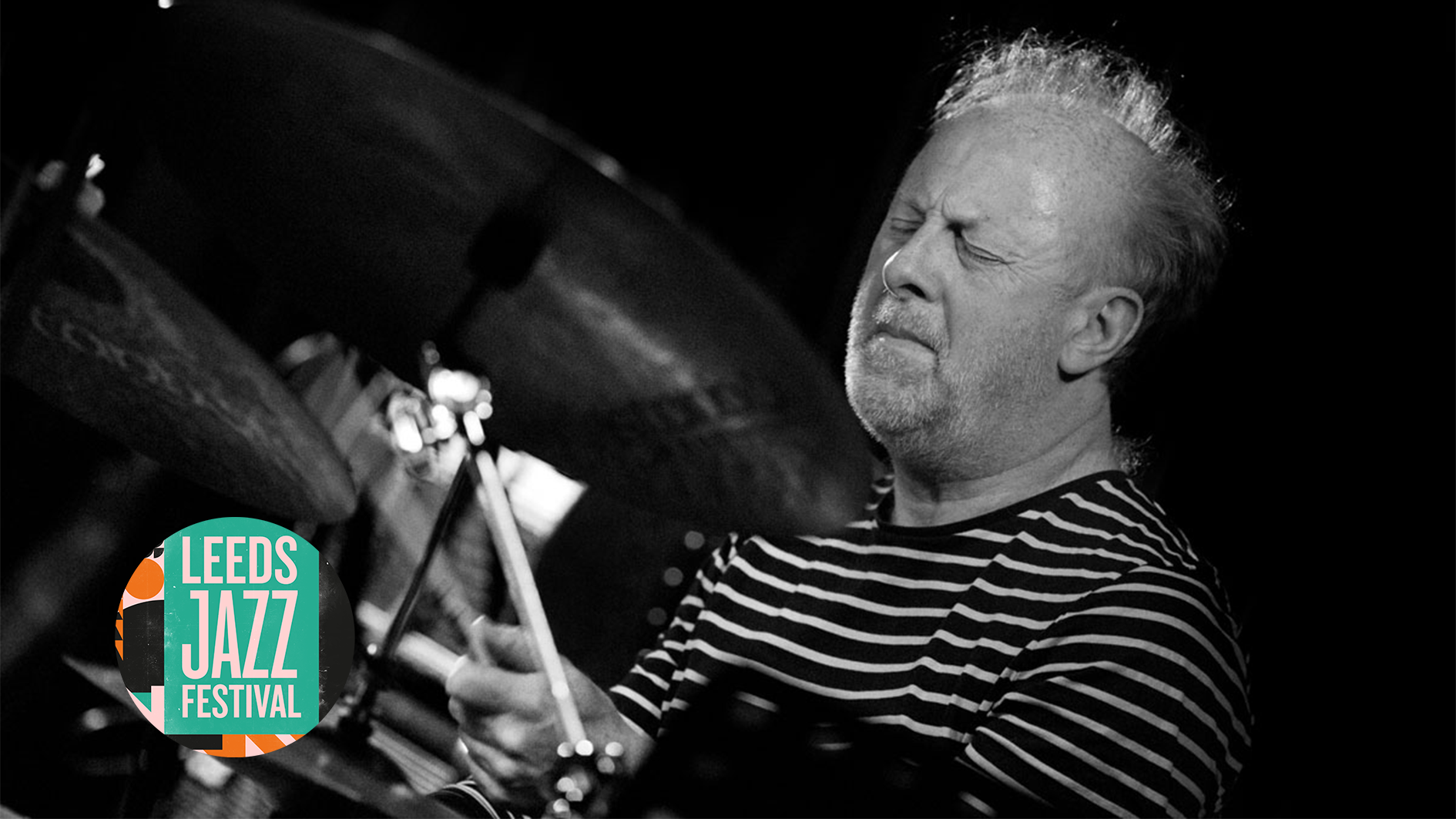 To book tickets for the concert, click here: https://www.ticketsource.co.uk/jazzleeds/olivier-le-goas-reciprocity-feat-john-escreet-and-nir-felder/e-rxqabg

French drummer and bandleader Olivier Le Goas with a group of top New York-based musicians, showcasing the cascading piano playing of John Escreet, one of the most innovative musicians and composers working in jazz and improvised music, alongside “one of the world’s finest guitarists” Tom Ollendorff and in-demand New York bassist Chris Tordini. The group has been compared to Pat Metheny’s Unity Group and Olivier readily acknowledges the Metheny influence in the band’s music.

“… Le Goas has a distinctive, full-of-surprises, off-kilter drumming style, one that enhances and punctuates with exclamation points the lubricious flow of this unfailingly engaging music.”– AllAboutJazz.com

A graduate of the Agostini Drums School Paris, drummer Olivier Le Goas is also an accomplished composer. He has released six albums as a leader and has recorded with among others, Kenny Wheeler, John Abrecrombie, Ralph Alessi, Grew Gress and Larry Grenadier. His 2016’s album ‘Reciprocity’ earned a 4.5 star review from Downbeat for its “Great writing, superb execution and inspired soloing make this one highly recommend”. Olivier’s 2020 album, ‘On Ramp of Heaven Dreams,’ was inspired by the Pat Metheny album ‘Off Ramp’ while the composition, “Light Size Dreams” is a reference to Metheny’s debut album ‘Bright Size Life’. Their sound has a clean, sharp-edged fusion atmosphere which is rhythmically and harmonically adventurous, with guitarist Nir Felder’s expansive, glowing sustain, pianist John Escreet’s eloquence and Le Goas’ irrepressible presence behind the kit.
www.olivierlegoas.com/

A skilled drummer with a strong command of polyrhythms and complex meters, Olivier Le Goas is also an accomplished composer with a gift for pleasing harmonies and memorable melodies. The veteran French bandleader showcased his abundant gifts on 2016’s acclaimed Reciprocity, which was hailed in a 4-1/2 star Downbeat review as “an appealing sound that has one foot in chamber-like formalism while also exploring heightened realms of improvisation.”

Le Goas’ stakes out agreeable and dynamic musical territory; the kind that was favorably compared to the Pat Metheny Unity Group on his last outing. Together they navigate the twisting terrain of the drummer-bandleader’s fully-realized compositions with sensitivity and aplomb, with a couple of knowing winks to Metheny along the way.

…’ Le Goas’ most dynamic, consummately crafted and rewarding offering to date’… an outstanding offering from a talent truly deserving of wider recognition’ – Bill Milkowski, Downbeat review of ‘On Ramp of Heaven Dreams’

Pianist John Escreet has released eight diverse and critically acclaimed albums – the most recent being his 2018 release Learn To Live – a wide-ranging program of electronic and acoustic music. His music is often described as eclectic and John continues to forge ahead with multiple projects ranging from his Trio, to his Quintet (The John Escreet Project), to collaborative work, the most recent with free-jazz icon Evan Parker, as well as his recent forays into writing extended works for strings. John is also a much sought after sideman. In recent years he has been mostly associated with the Grammy award-winning drummer Antonio Sanchez Over the years, he has worked with other international artists such as Ambrose Akinmusire, Chris Potter, David, Wayne Krantz, Eric Harland  and Greg Osby. In 2015 he was elected an Associate of the Royal Academy of Music.
www.johnescreet.com/

“Escreet …embraces aspects of contemporary classical music, Frank Zappa, dance music, electronica and a wide swath of jazz, from bop to avant-garde. What comes out is uniquely personal – some of the most inventive and distinct jazz around today.” – New York City Jazz Record

Tom Ollendorff is a jazz guitarist based in London. In 2015 Tom was awarded the Yamaha Scholarship for Outstanding Jazz Musicianship. Tom has performed with a wide range of highly respected artists and ensembles, including Geoff Simkins, Dave Cliff, Ben Wendel, Bill McHenry, Jeff Williams and Ari Hoenig, French group EYM and Welsh Singer Megan Thomas. He has appeared at venues and festivals in the UK, France, China, Slovakia, Switzerland and Holland.

“Tom Ollendorff is one of the world’s finest guitarists. His music is complex yet rooted in melody and feeling” (Gilad Hekselman)

Bassist Chris Tordini is an in-demand bassist on the New York City music scene. A graduate of the New School for Jazz and Contemporary Music, Chris has played and recorded in bands led by artists such as Greg Osby, Jeremy Pelt and Ari Hoening and is also a collaborator in projects led by drummer/composer Tyshawn Sorey and trombonist/composer Michael Dessen. Recently Tordini has performed and recorded with prominent bandleaders such as Chris Speed, John Hollenbeck, Steve Lehman and Tigran Hamasyan.