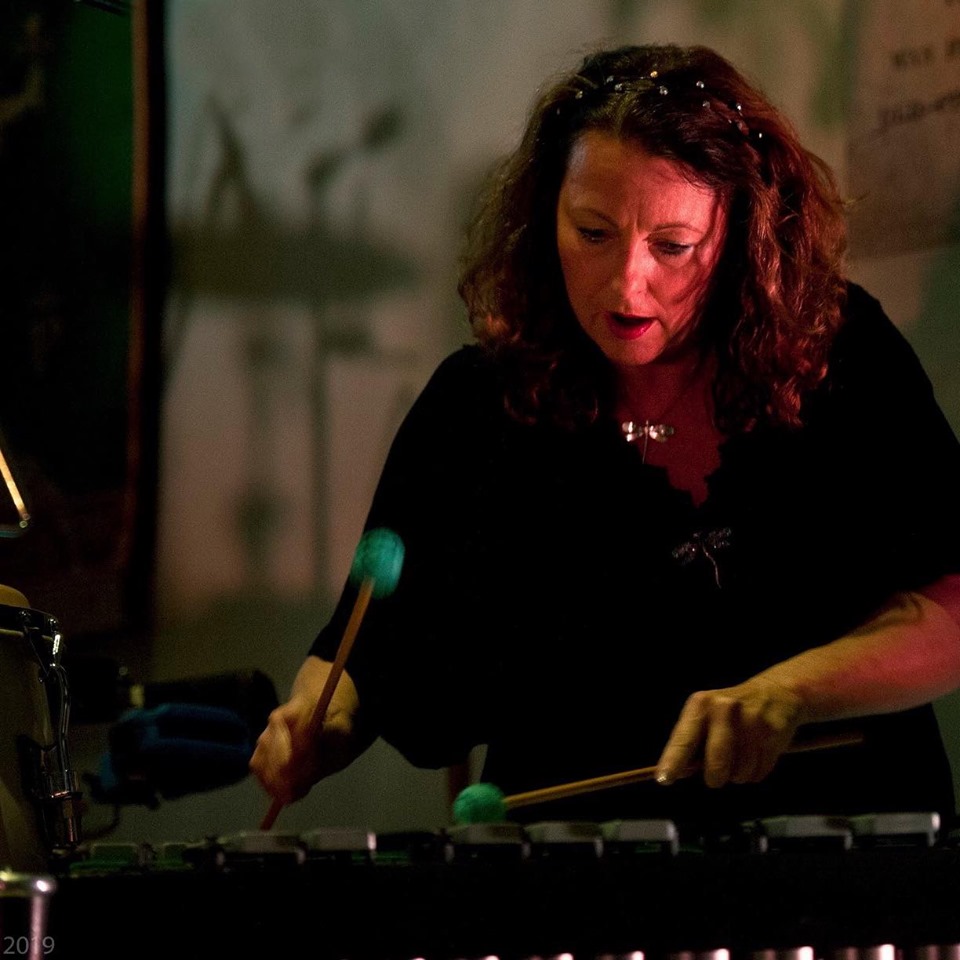 Really pleased to welcome vibes player Teena Lyle to play in the initimate surroundings of Seven Arts. Teena is quite something – shew recently embarked on her third tour with blues, jazz, and soul veteran Van Morrison, (this time on an East Coast US tour) who recently released his 39th LP, You’re Driving Me Crazy, at the spry age of 72. When Lyle’s not playing drums and percussion and singing backing vocals for Morrison, she also gigs in the UK with her own band, Teena Lyle’s Good Vibes Trio, and has recently finished shooting a new British comedy series called The Imitation Game.

“I started strumming the strings of the piano like a harp when I was two years old before I could reach the keyboard. I learned to play violin, cello, piano, and guitar before I got put in the orchestra at school to play triangle. I played piano, congas, and vibes in a big band when I was 13 and classical percussion in a symphony orchestra. I began touring when I left music college at 23, but I was already out gigging every night from 17. I received the “Wavendon All Musician of the Year” award in 1986. I originally started on drums with Van and then he spotted my congas and vibes in the back of my beaten up old car and decided he was missing that sound from the band, and the rest is history”