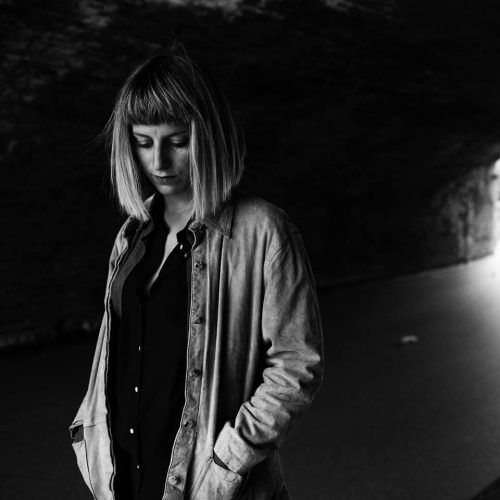 Part of this autumn’s women in jazz series, Italian-born pianist and composer Maria Chiara Argirò blends classical music and folk traditions with her own approach to contemporary jazz.

Maria Chiara Argirò is an Italian pianist, keyboard player and composer currently living in London. Argirò’s unique sound and departure from the traditional jazz idiom is beautifully reflected in her 2016 debut album The Fall Dance – a project featuring a fantastic line up of musicians creating vibrant collaborative music.

She has further developed her style of jazz with a twist of contemporary genres, influenced from her numerous tours with bands such as These New Puritans. She is currently involved with a variety of musical projects which include Liran Donin’s 1000 Boats, Kinkajous, Teotima, Rosie Turton and Jamie Leeming.

Her group blends classical music, folk traditions and electronic music with her own approach to harmony and melody calling strongly upon the sounds and aesthetics of contemporary jazz. For this Jazz Leeds special occasion at Seven Arts the group will present live for the first time some brand new compositions from the second album ‘Hidden Seas’ (to be released later in 2019).

With her is Leila Martial is a remarkable vocalist, keyboard player and songwriter from the south-west of France.  Born into a musical family she studied from the age of ten at the Village Music College in Marciac (the town that is home to the famous Marciac Jazz Festival). She then studied at the Conservatoire de Toulouse and at the College Jazz de Marciac. In 2009 Martial was awarded the prize for best soloist at the Concours de la Defense, the first time that it had ever been won by a vocalist. Also an accomplished actress she decided to embark on a musical career and in 2012 released her début album “Dance Floor” on the Out Note record label. Martial is among the most adventurous and experimental of modern vocalists, manipulating her already extraordinary voice via live looping and other electronic effects.

Support 8-8.30 from Da Hora – a latin jazz outfit from Leeds blending the vibrant rhythms of samba and bossa, with the swinging melodies of jazz standards. Comprising the talents of a number of luminaries from the Leeds jazz scene, including the dextrous and soulful voice of Olivia Bhattacharjee, and the inspired guitar of Luke Darlison, Da Hora are bringing an original perspective to the musical traditions of Latin America.