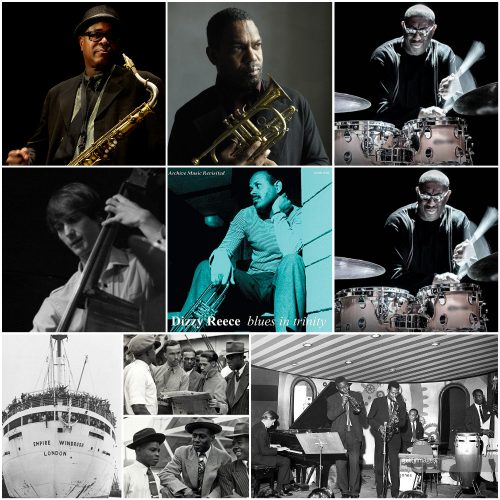 Although jazz is an uniquely American art form, it was heavily influenced by the Caribbean diasporic roots of jazz icons such as Sonny Rollins, Thelonious Monk, Wynton Kelly, and Randy Weston. Jazz has played a major role in the musical and cross-cultural exchange between African-American and Caribbean immigrants in America, and ultimately resulting in some of the most timeless recordings and widely-appreciated music genres around the world.

Mr. Alphonso “Dizzy” Reece, better known as Dizzy Reece, is an acclaimed jazz trumpeter who hails from Kingston, Jamaica. Mr. Reece has led a prolific career for over 70 years since his arrival in London in 1948, leaving his homeland at the young age of 17 on the HMT Empire Windrush. He began his ascent into the jazz scene initially cutting his teeth among the best musicians in London in the 1950’s, which included Tubby Hayes, Ronnie Scott, and Victor Feldman. Reece working between the UK and Europe, later relocated to the United States and permanently settled in New York.

Dizzy’s unique approach to his instrument and blistering yet warm tone captured the attention of the iconic Blue Note Records label executives, where he recorded four albums. He went on to share the bandstand with some of the greatest international jazz legends which includes Dizzy Gillespie, Art Blakey, John Coltrane, Dexter Gordon, and caught the attention of the legendary Miles Davis. He stood in for Miles in his band occasionally when he was unable to make a performance.

A musical celebration of Dizzy Reece’s accomplishments and artistry and in acknowledge ofWest Indians who departed the Caribbean on the Windrush and contributed to the rebuilding of Britain following its destruction during the Second World War). The UK shows features a dazzling international band line-up led by Trevor Watkis, performing new arrangements of Reece’s music.