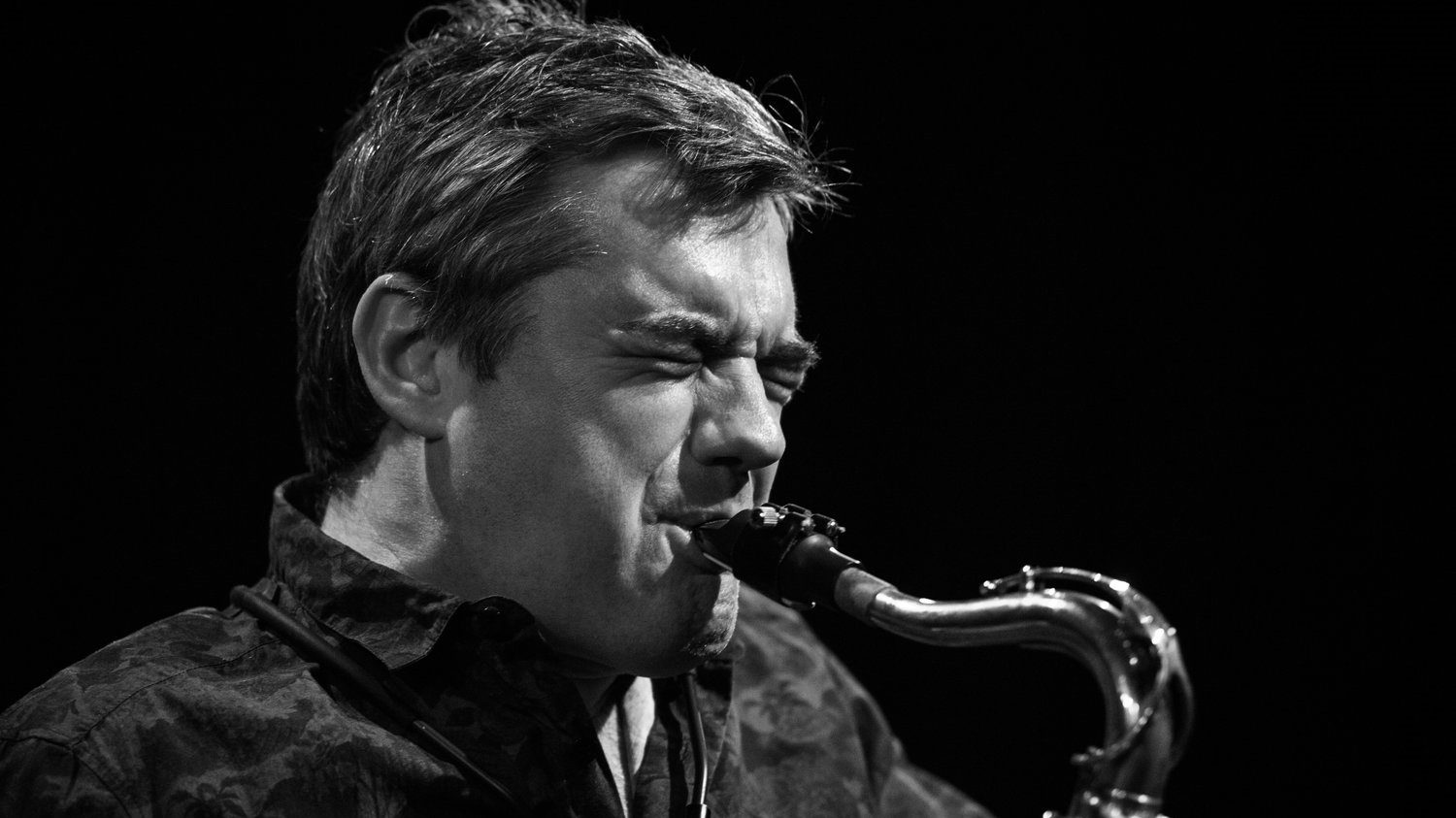 From Loose Tubes and Polar Bear, Mark Lockheart has always remained ahead of the curve of trends and has constantly explored new directions in his own music. Support: “Geumbanji”

You can book tickets here: https://www.ticketsource.co.uk/jazzleeds/mark-lockheart-s-dreamers/e-jvooql

Legendary British Jazz musician, Mark Lockheart sees this new band as the fruition of both a break with the past but also a logical extension of what he’s done before. With Elliot Galvin on keyboards, Tom Herbert on bass and Dave Smith on Drums, he has found, as Jazzwise explains, “…three improvisatory soulmates who clearly know how to make the most of his compositions on their own terms”. From Loose Tubes and Polar Bear, Mark Lockheart has always remained ahead of the curve of trends and has constantly explored new directions in his own music.

Saxophonist, composer, and 2016 Jazz FM ‘Instrumentalist of the Year’ Mark Lockheart first came to prominence in the mid 1980s with the influential big band Loose Tubes. In 1992 Mark formed the eclectic co-led quartet Perfect Houseplants, a group that released six albums and collaborated with classical artists such as the Orlando Consort, Andrew Manze and Pamela Thorby. He has since recorded and performed with many jazz, folk and pop artists, including: Django Bates, Kenny Wheeler, Norma Winstone, June Tabor, Stereolab, Jah Wobble, Robert Wyatt, Prefab Sprout, Don Um Romao, Thomas Dolby and Radiohead. Mark joined Seb Rochford’s groundbreaking ensemble Polar Bear in 2003, receiving two Mercury Prize nominations with the group, before branching out with a number of projects under his own name, including the remarkable jazz/orchestral work Days On Earth, written for jazz sextet and 30-piece orchestra, released on Edition Records in January 2019.

This brand new, all-star group explores Mark’s multi-faceted outlook on music through a new set of original compositions with this bold and uniquely contemporary sounding group .Mark’s inspiration for this new project come from many influences including Ellington, Shorter, John Zorn, Burt Bacharach and even Kraftwerk! Urgent and exciting grooves, sonically adventurous and fascinating soundscapes all cleverly crafted together within Lockheart’s memorable melodic writing, expect the unexpected!

Support (7.30-8pm) is from ‘Geumbanji’ is a four piece jazz collective merging intercultural inspirations, classic funk/rock fusion and contemporary jazz music. From the broad musical backgrounds, they are producing a unique style of compositions and timbres. They combine original ideas from their backgrounds, such as traditional Korean rhythms, Scandinavian influences and contemporary classical music. You can expect jazzy and rocky fusion guitar sound with sophisticated harmonic/rhythmic backgrounds like Mike Stern, Scott Henderson.

Workshops have started again and run fortnightly at Meanwood Valley Urban Farm (Barn Sugar Well Rd, Leeds LS7 2QG) on Sunday mornings, 10:30am-12:30pm (future dates include: 22nd May and 12th June). Cost per session: £10/8. All instruments and standards welcome – all you need is a wish to learn how to improvise and play jazz tunes. There is a piano available and a drum kit, otherwise please bring your instruments. Limited spaces available. To join – contact the tutor Dominic Moore.