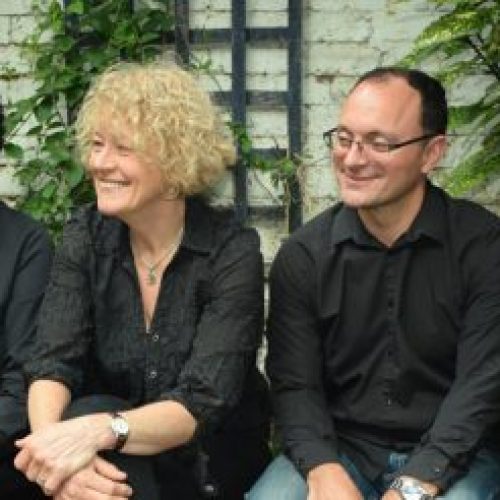 Part of this autumn’s Women in Jazz series, bassist Alison Rayner’s band ARQ play ‘songs without words’ and are known for their vibrant, communicative performances. Their combination of richly nuanced compositions with folk-infused grooves, skilful musicianship and a love of improvisation, creates a compelling and coherent whole.

Described by LondonJazzNews as ‘a celebration of life itself’ their music is ‘inventive, vibrantly colourful and unfailingly melodic, possessed of a strong sense of narrative and cinematic quality, frequently inspired by personal experiences’ (the jazzmann.com).

Their combination of richly nuanced compositions with folk-infused grooves, skilful musicianship and a love of improvisation, creates a compelling and coherent whole. ARQ play ‘songs without words’ and are known for their vibrant, communicative performances.

2018 was a great year for ARQ, with UK festival and club dates, successful tours of Germany and Scotland and then Winners of ‘Ensemble of the Year’ in the prestigious 2018 All-Party Parliamentary Jazz Awards.

ARQ’s profile has risen dramatically over the past five years, with extensive touring and critical acclaim for their two albums ‘August’ (2014) and ‘A Magic Life’ (2016). They have built a substantial and wide-ranging audience, receiving national and international radio play and four and five-star reviews in jazz and national press. Their 40-date ‘A Magic Life’ UK tour 2016-17 was supported by Arts Council England.

‘Inspired by real-world ideas, people and situations but infused with the kind of heady imagination that transforms their resonances into a series of vivacious musical adventures’ ★★★★★ BBC Music Magazine

Tickets £9/7 concessions, 25 and under £5 www.ticketsource.co.uk/jazzleeds